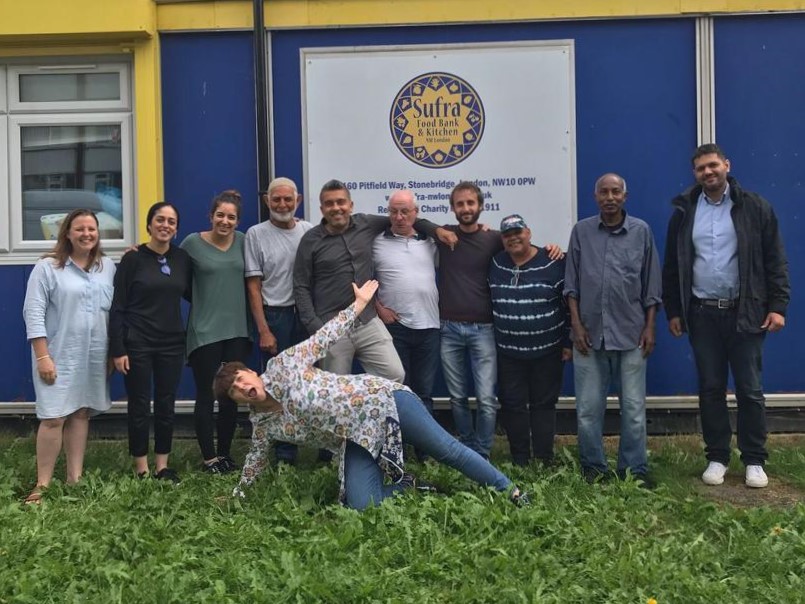 Sufra NW London is very pleased and excited to announce that our Director, Rajesh Makwana, has been awarded a British Empire Medal (BEM) by Her Majesty the Queen.

Rajesh appeared in the Queen’s New Year Honours List 2022, with the official notice appearing in the London Gazette on January 1st.

The medal has been given in recognition of “services to the community in the London Borough of Brent, particularly during Covid-19”, when Sufra distributed the equivalent of 345,000 meals to people in crisis – including the homeless, asylum seekers, and families experiencing food insecurity.

In response to the award, Rajesh said, “I’m really honoured to be recieving a British Empire Medal, especially after an immensely challenging period for Sufra when the team worked tirelessly to respond to the impact of the pandemic in and around Brent.”

“I did hesitate before accepting the medal. Like others, I am very aware of the negative legacies of empire, especially the racial and structural inequalities that still affect many of the families we support.”

“I also know that Sufra’s dedicated staff and phenomenal volunteers are the ones that make what we do possible. This award is really for them.”

“So, I accept the medal in the hope that this recognition will enable us to work more closely with others to end the injustice of poverty and create a more equal and sustainable society for everyone – regardless of race or background.”

Reflecting on the possibility of attending a Royal Garden Party Rajesh said, “I have no idea who I would take: my youngest daughter who is desperate to meet the Queen; my mother who would be overjoyed; or my wonderful wife Sonal, who sacrificed so much of her time so that I could dedicate more of mine to Sufra during the pandemic!”

Sufra NW London delivers a wide range of holistic services that address both the causes and consequences of hunger and poverty. Aside from a food bank and community kitchen, Sufra provides professional welfare advice, a refugee resettlement programme, a community food growing project, and accredited training courses for people of all ages.

According to information on the New Year Honours List, the BEM was reintroduced in 2012 in a bid to make the honours system “classless” as too few people making a difference in their areas were made a Member of the British Empire (MBE).

Restrictions permitting, the British Empire Medal will be presented to Rajesh by a Lord-Lieutenant in a local ceremony later this year.