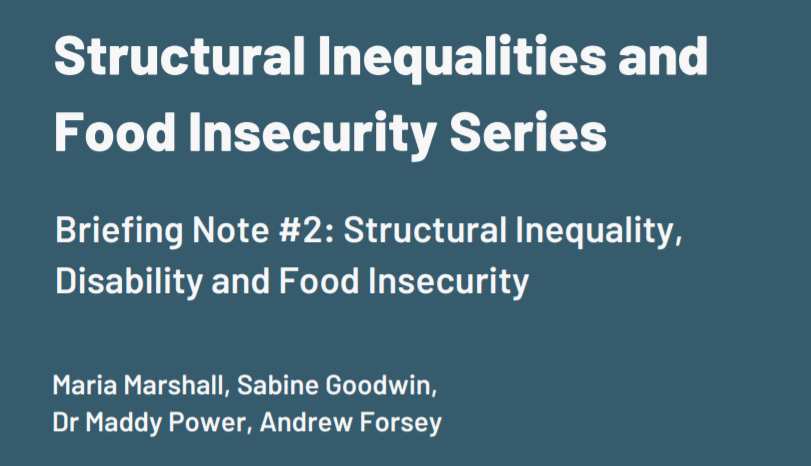 In May 2021, the Independent Food Aid Network (IFAN), Feeding Britain, the University of York, and the Living Wage Foundation ran a joint webinar examining the link between the need for charitable food aid, wages and job loss – especially in light of the pandemic.

A number of food bank managers and beneficiaries participated in the discussion, providing context and lived experience on the issues being examined. Sufra’s Director Rajesh Makwana was one of the panellists who highlight the impact of higher unemployment and lower wages on demand for food aid, which had increased by 370% at Sufra during the pandemic.

The webinar resulted in the publication of a joint Briefing Note on Structural Inequalities and Food Insecurity, which recommended several critical policy changes that could help address increased job loss, low pay, long-term unemployment and unaffordable rents – issues that have a huge impact on those who use Sufra’s services.

As Rajesh explains in the report, during the pandemic “…the proportion of households [we] helped who were in work reduced, from 20% to 15%, and was accompanied by a steep increase in the proportion who were unemployed, from 28% to 46%. In addition, twice as many people were reporting mental health problems and long-term illness than a year before.”

Rajesh also asserted that in Sufra’s experience ‘dodgy’ employers and landlords regularly take advantage of those who don’t know their rights or aren’t able to assert them, placing them at much higher risk of homelessness, unemployment and in-work poverty.

The report was one of a series of briefing notes examining structural inequalities and was widely disseminated to policymakers and covered in the national press.