London based journalist Ellie Ng visits Sufra and Croydon Nightwatch to see where the welfare state ends, and our food aid work starts.

“William Beveridge would be absolutely devastated by the current form of the welfare state.”

Chair of Croydon Nightwatch Jad Adams, in an old Quaker’s building as volunteers, packed food, clothes and sleeping bags to distribute to Croydon’s homeless, uttered these words before he had even sat down for the interview.

According to Adams, the welfare state is failing, leaving independent aid organisations to plug poverty gaps as the benefit, employment and housing systems let down the most vulnerable in our society.

This reality was summoned into clarity under the harsh light of the Covid-19 pandemic, which has caused new, as well as illuminated pre-existing, poverty. 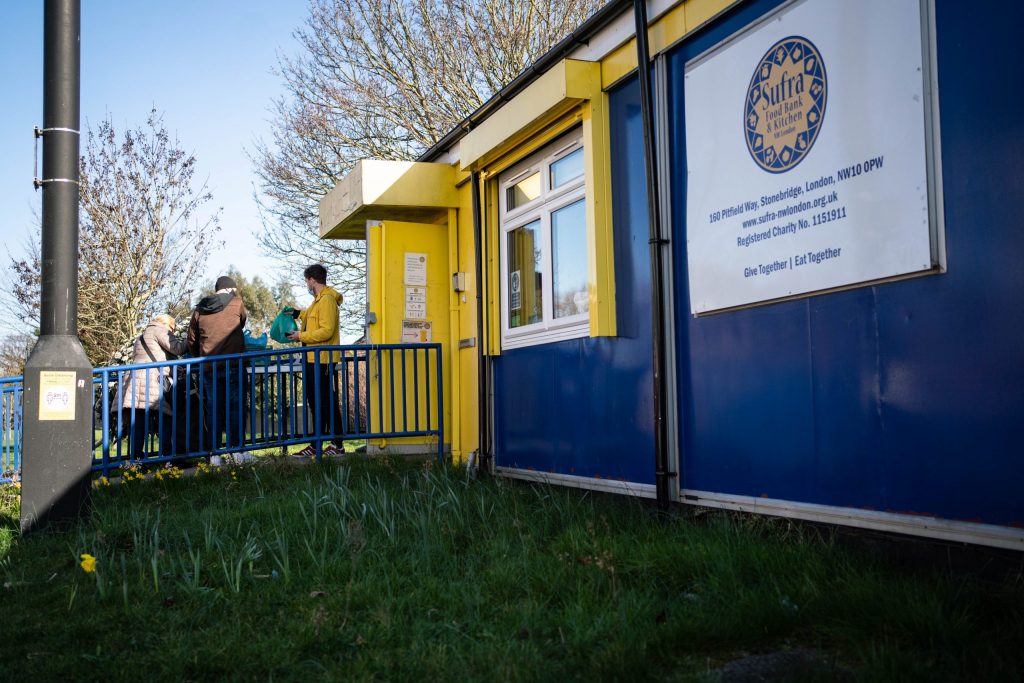 Sufra NW London, a food bank in Brent that boasts blue and yellow walls and a large community garden, has seen a 400 per cent increase in demand over the pandemic, according to their food aid and volunteer organiser Nina Parmar. The figure is representative of a wider trend.

The Independent Food Aid Network (IFAN), to which Sufra belongs, reported a 110 per cent rise in emergency food parcel distribution between November 2019 and November 2020. While the Trussell Trust, the UK’s biggest food bank charity, hit a record of 2.5 million food parcels distributed in the first year of the pandemic.

Why has the demand increased so drastically?

“Throughout the pandemic there are very very very large numbers of people who are relying on precarious work, zero-hour contracts, temporary accommodation. Anybody in any kind of temporary situation who was towing the poverty line has been plunged into poverty,” she said.

Parmar left no room for doubt in between the three verys as to just how many people have been affected. Precarious income often leads to claiming benefits. According to government statistics, there were 1.2 million starts to universal credit at the beginning of the pandemic, between March and April 2020. The benefit has presented its own issues.

“Huge amounts of people were finding themselves, overnight, without income, who were making steps in the right direction to get universal credit but then, actually, if that takes six or seven weeks then what are you going to eat for those weeks when you don’t have any savings and are living day to day anyway?”

People can receive universal credit advances which would temporarily solve the waiting list issue, Parmar explained, but “as soon as universal credit comes through, they are clawing back the advance that they gave you and you end up out of pocket for perhaps even longer than you would have been otherwise.”

Adams, whose work focuses solely on helping the homeless, directed the blame towards housing and employment law.

As an ex-journalist who now writes history books, Adams gave a comprehensive overview of the UK’s housing crises, explaining that, en route, house builders have realised it is better for their profit margins to maintain housing shortages.

A report published in the House of Commons Library in January estimated the need for 345, 000 new homes per year, affirming that the government are failing to meet housing need.

Moving onto employment, Adams said a high percentage of people who claim benefits are people in work who simply do not get paid enough, deeming it “utterly unacceptable that society has allowed it to get to that stage”.

These issues are not unique to a pandemic and will not be cured by a Pfizer or Oxford-AstraZeneca vaccine. Longer-term damage has been done.

Organisations like Sufra and Croydon Nightwatch have become the frontline answer to these issues and their ramifications.

While they receive no funding from local authorities or central government they do work in tandem with the former. Sufra, for example, works closely with Brent Hubs, an arm of Brent Council, referring beneficiaries to them to cope with the increased demand. Brent Council, in return, refers guests to the food bank.

“The pandemic made it really easy for referral agencies to make referrals to the food bank as a solution,” Parmar said.

What are the solutions?

IFAN believe in increasing accessibility to money, as evidenced by their Cash First Project, which seeks to help people navigate and obtain existing financial entitlements, instead of relying on emergency food aid, by handing out cash first referral leaflets.

There have been such entitlements throughout the pandemic. By offering advice and support around the processes applying for cash grants, IFAN hope to sever the dependency on emergency food aid.

William Beveridge once said: “I have spent most of my life most happily making plans for others to carry out.”

As long as organisations like Sufra and Croydon Nightwatch continue to be seen and treated as the basic safety net of welfare support instead of an emergency provision, the onus remains removed from local authorities and central government to drive, reform or pilot new systems of tackling poverty. 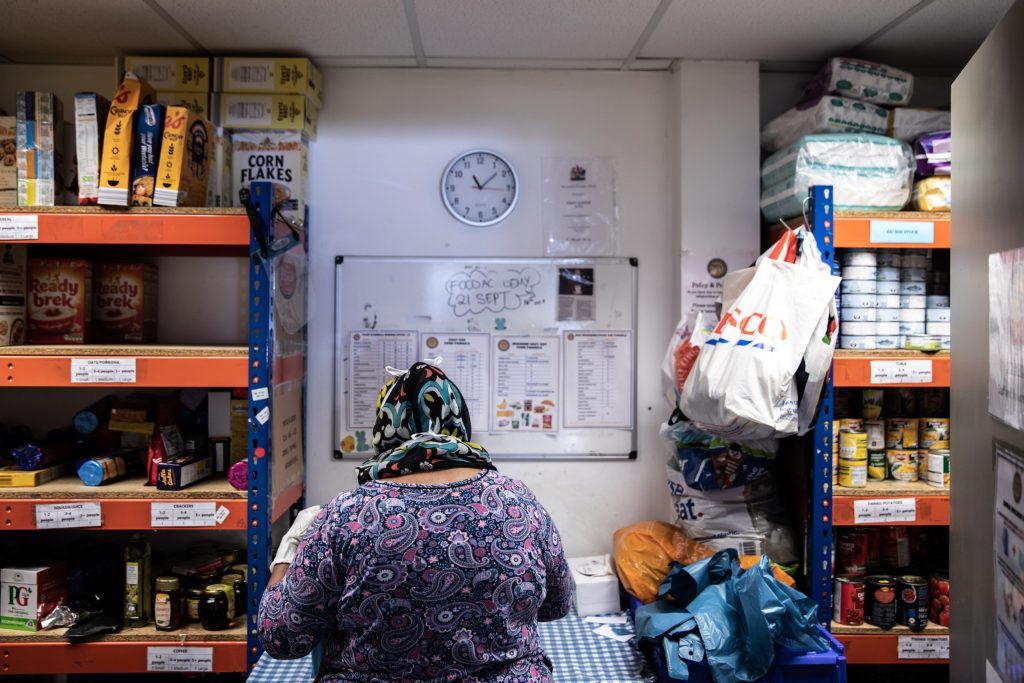